A Big Day For Beer…in Albany

The future is looking bright for New York’s Craft Breweries.  A recent press release from the Office of the Governor indicates that New York’s Craft Breweries will be getting some much-deserved help and support from the State.  Full press release below.  As we understand it, this is only the first move in a supposed wave of new supportive legislation for this industry.\ 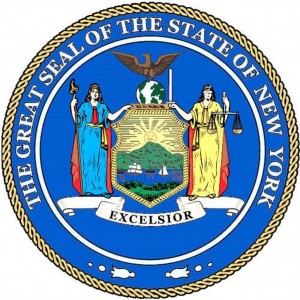 Creates a Farm Brewery License to Promote Use of Local Ingredients

The legislation is designed to support New York’s breweries and wineries, increase demand for locally grown farm products, and expand industry-related economic development and tourism. The legislation protects an important tax benefit for small breweries that produce beer in New York, exempts breweries that produce small batches of beer (regardless of location) from paying an annual State Liquor Authority fee, and creates a Farm Brewery license that will allow craft brewers to expand their operations through opening restaurants or selling new products.

“In addition to producing some of the finest beer in the world, New York’s craft breweries are creating jobs, supporting our state’s farmers and hops growers, as well as bringing in tourism dollars in local communities across New York,” Governor Cuomo said. “The legislation signed today demonstrates that the new New York is truly working for small business, as this law will allow breweries and wineries the opportunity to invest in new opportunities and expand their operations. I commend the bill sponsors and legislative leaders for their work on this important law.”

Any brewery that produces 60 million or fewer gallons of beer in New York will now be eligible for a refundable tax credit applied against New York State personal income and business taxes. The credit is worth 14 cents per gallon for the first 500,000 gallons produced in New York, and 4.5 cents per gallon for the next 15 million gallons produced in the State.

These tax credits will help encourage the continued expansion of New York’s craft brewing industry, which already consists of more than 90 breweries, accounts for thousands of jobs and supports more than $200 million of economic activity each year. Under a previous law, small brewers in New York received an excise tax exemption, but the legal structure of the exemption was challenged, leading to its repeal. With the new benefits signed into law today, every small brewer will fare at least as well as they did under the prior exemption.

Breweries that produce brands of 1,500 barrels or less annually (regardless of location) are now exempt from the $150 annual brand label fee. This exemption, which is eligible to brewers in and outside of the state, will save New York breweries tens of thousands of dollars, and will help smaller breweries retain the capital they need to grow their operations and create jobs.

The legislation creates a “Farm Brewery” license that will allow craft brewers that use products grown in New York State to operate in a similar fashion to the state’s farm wineries, leading to increased demand for locally grown farm products as well as expanded economic development and tourism.

The new license allows Farm Breweries to grow in the following ways:

Farm Wineries and Distilleries as well as Farm Breweries are now exempt from a costly and burdensome tax filing requirement. Currently, all beer, wine, and liquor wholesalers here in New York are required to report sales made to restaurants, bars, and other retailers. However, as Farm wineries, distilleries and breweries are small, often family owned operations, they have struggled to afford the costs of complying with this annual reporting. The burden imposed on them by this filing requirement outweighs the benefit received by the State Tax Department, as purchases from farm wineries, distilleries, and breweries account for a very small percentage of the state’s total beer and wine sales. These businesses are already required by law to maintain sales records which the Tax Department may obtain upon request, making the additional mandatory filing requirement unnecessary.

ABOUT THE MATT BREWING COMPANY

The Matt Brewing Company was founded in 1888 by German-born immigrant Francis Xavier Matt. It is the second oldest family owned brewery in the United States, and its trademark Saranac line of beers is exported to Canada, Japan and Australia. Today, the brewery is under the leadership of the third and fourth generations of the Matt family, overseen by chairman and CEO Nick Matt, with his nephew Fred Matt serving as president. As a result of the legislation signed into law by the Governor today, the Matt Brewing Company will avoid having to pay an additional $493,900 in taxes each year.

Senator David J. Valesky said, “The economic stimulus that this package of laws will provide to the agriculture industry and small businesses across the state is significant. I commend the Governor and my colleagues in the Legislature for recognizing the importance of this issue, and look forward to seeing the fruits of our labor in the form of growth in the industry.”

Senator Lee Zeldin said, “It is critically important to do everything in our power to help New York’s craft brewers succeed. This industry has thrived and expanded over the past decade while other industries have suffered and jobs have been lost. That’s why I, as the original Senate sponsor of this legislation, am extremely pleased that Governor Cuomo has signed this legislation to keep New York’s craft beer flowing. This legislation is exactly what our New York economy needs. It will enable brewers large and small, from Blue Point Brewery in my district, to Matt’s Brewery in Utica, to continue to expand and grow, create jobs and keep the price of New York’s craft beer competitive.”

Senator Joseph A. Griffo said, “This agreement marries one of New York’s oldest and largest industries – agriculture, with one of the state’s fastest growing – craft breweries. Together they help make up some of the most stable employers in my area of the Mohawk Valley and in other parts of urban and rural New York. I again thank Governor Cuomo for joining with the Senate Majority and our partners in the Assembly to realize that carefully targeted tax breaks are one of the best ways for us to help keep and create these jobs.”

Senator Roy McDonald said, “This new law demonstrates the importance of working together to assist small businesses in New York state. Reducing the burden of taxes and fees are exactly the type of decisions that need to be made to help these business owners be successful, and I commend the Governor for working with us to achieve that.”

Senator Patty Ritchie, said, “This is a reform that will put New York’s craft breweries on the same path as our state’s booming wine industry. Fostering the growth of our craft breweries is a win-win for all. This legislation will help create jobs, support New York’s vital agricultural industry and help craft breweries produce great beers that are only found in our state.”

Assembly Speaker Sheldon Silver said, “When we support our growing industries, the future of the Empire State grows even brighter. This innovative assistance for our breweries makes it easier for this sector of our economy to grow and prosper and I commend the Governor for signing this legislation on behalf of farmers, brewers, and beer lovers statewide.”

Assembly Member William Magee said, “The agriculture and beer industries in New York State are already major job creating engines, contributing billions to our economy each year. Under this law, our farmers and brewers will have more diversification to expand their businesses and market their products.”

Assembly Member Anthony J. Brindisi said, “These beer production tax credits help support local businesses like the F.X. Matt Brewing Company. Businesses like Matt’s, a Utica landmark for over a hundred years, invest in their communities and create jobs. I look forward to working closely with Governor Cuomo to help our businesses compete and thrive, showing the world that New York is open for business.”

Assembly Member Joseph R. Lentol said, “This tax credit, exemption from brand label fees, and the creation of the Farm Brewery designation are important new supports for New York’s growing craft beer community. I raise a glass to Governor Cuomo for signing this legislation and strengthening this network of employers.”

Assembly Member Joseph Morelle said, “From hops fields to brewery tasting rooms, this is a win for New York’s craft beer industry and beer lovers statewide. I thank the Governor for his signature and support.”